I know that there are only so many oven dishes that you can ever possibly use, but I think they're my Achilles heel. I love this colourful kitchenware from Rice, especially the super lovely oven dishes from the Italian tableware range, which are sponge painted with flowers - perfect to brighten up a table on even the gloomiest of days. 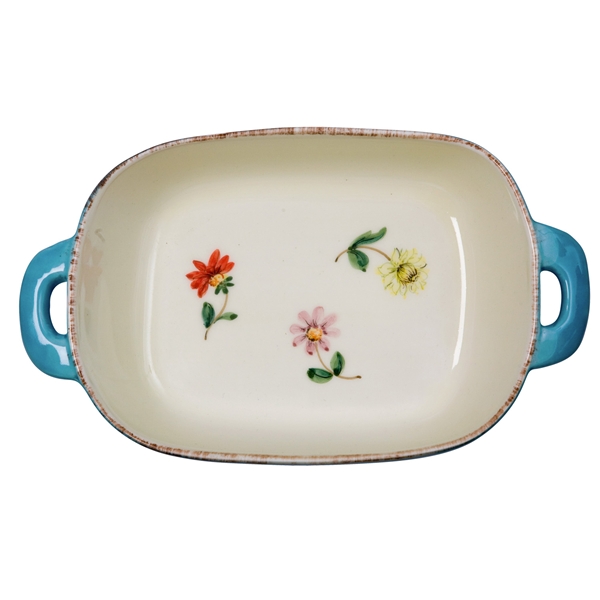 Rice is a danish firm, set up by it's owner after a  "LONG lunch in the french countryside", and sells a heap of brightly coloured kitchen accessories and melamine picnic-ware.

Posted by The Pantry and Parlour at 19:40 No comments:

After the chocolate overload that is Easter, it's nice to get back to normal with something that feels like it's doing you good. And, this is a great recipe for using up the left-over celery from that other recipe you made that only needed half a stick of it. 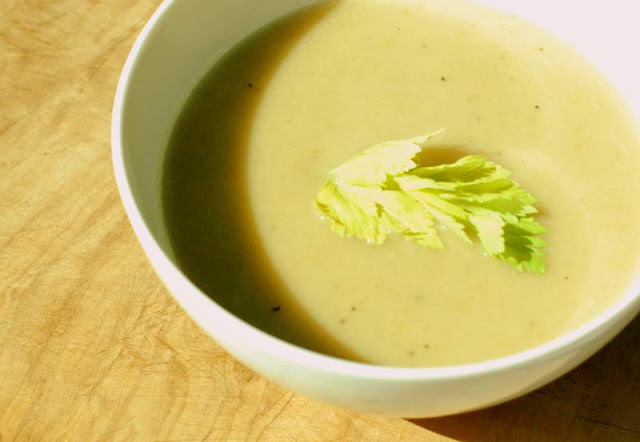 Pre-heat the oven to about 180C. Put the celery and fennel into a large roasting tin, drizzle with olive oil and season with salt and pepper. Toss it all together so the vegetables are nicely coated. Roast for about 45 minutes, or until the vegetables are soft, but before they go brown.

Meanwhile, heat the chicken stock in a saucepan. Add the potato, and cook until it's soft.

When the celery and fennel are cooked, add them to the chicken stock, and blitz the whole lot with a stick blender, or in a liquidiser.

Taste and add more salt and pepper if it needs eat.

Enjoy with a big chunk of crusty bread.

Posted by The Pantry and Parlour at 16:31 No comments:

After a stretch of relatively sparse months as far as veg is concerned, we're finally starting to tip towards spring, but things like delicious purple sprouting broccoli are still around and deserve a last hurrah before we move on to lovely salads, asparagus and all things summery.

Anchovies go really well with lamb, so this could be an option for your Easter feast, or just serve it with a bit of bread for a quick lunch. Delish. 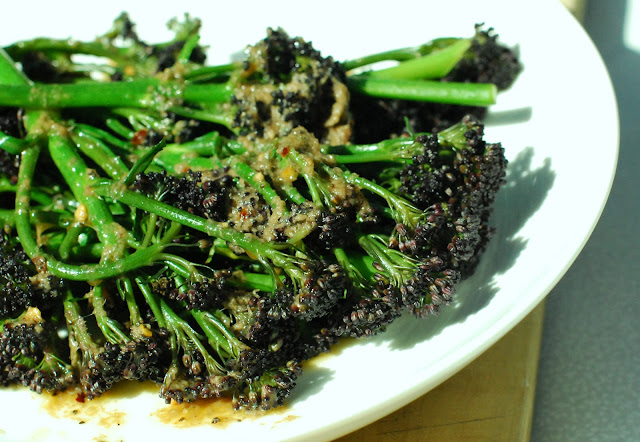 PSB is at its best when it's young and tender, so look for dark florets and crisp stems, no more than about 1cm in diameter. Avoid bendy broc at all costs!

Steam the broccoli until it's nice and tender. This is one recipe where it's better if it's not really crunchy, so it absorbs all of the flavours.

Meanwhile, heat the oil in a frying pan, and gently fry the whole garlic cloves until they're golden brown. Remove them from the pan and add the chilli and the anchovies. Fry gently until the anchovies breakdown. Season with a twist of pepper and the lemon and remove from the heat.

You can either drizzle the dressing over the cooked, drained broccoli now, or blitz it with a stick blender to make a creamier dressing, then coat the broccoli.
Posted by The Pantry and Parlour at 07:49 No comments:

It might be April Fool's Day, but I don't joke about hot cross buns. I love hot cross buns. To my shame though I love the cheap, not quite baked properly, juicy fruited ones that you get in the supermarket. Fancy ones aren't for me. And home made ones even less so. They're normally quite dry, and not quite sweet enough, and I don't like the way the currants cook to little sour bullets.

But the other day I came across this recipe and thought that something calling itself the Perfect Hot Cross Bun was worth investigating. And now I take it all back. These are AMAZING! 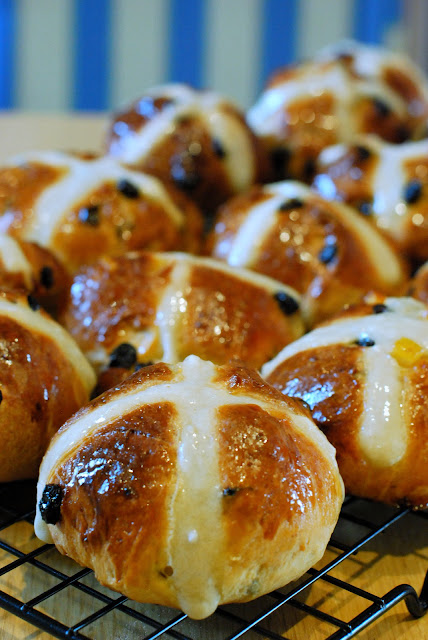 They take a while to make, but they're well worth the effort and the wait. Especially straight out of the oven and spread with lots of butter.

Gently heat the milk in a pan with the cardamom, cinnamon, cloves, nutmeg and saffron until just boiling. Then turn off the heat and leave to infuse for an hour. Strain it, then bring it up to blood temperature and mix with the yeast and 1tsp sugar.

Rub the flour and butter together until fine. Then add the sugar, salt and ginger. In a separate bowl, beat two eggs, then make a well in the middle of the flour, and tip them in with most of the milk mixture. Using your hands, mix it together until you've got a soft dough. You might not need all of the milk, so just keep adding it until it feels soft - it shouldn't be dry or tough.

Tip the dough out onto a lightly floured surface and knead it for about 10 minutes, until it's smooth and elastic. Put it back into the bowl, cover and leave in a warm place until it's doubled in size (this will take at least a couple of hours.)

When it's risen, tip the dough back onto your work surface and knead it again for a couple of minutes. Flatten it out and add the currants and peel. You may have to do this in several stages, but just keep kneading until all of the fruit is incorporated into the dough. Then divide the dough into 16 equal pieces and roll them into bun shapes. Place them onto a lined baking tray, then cover and put into a warm place until they have doubled in size again (it can take another hour).

Pre-heat the oven to 200C. Beat together one egg with a little milk to make an egg wash, then in a separate bowl, mix the plain flour with a pinch of salt and just enough cold water to form a thick paste.

Paint the top of each bun with the egg wash, then using a piping bag or teaspoon, draw a thick cross on top of each. Bake for about 20 - 25 minutes until golden. They should sound hollow if you gently tap them on the bottom.

While they're baking, mix 1tbsp caster sugar with 1 tbsp boiling water. When the buns come out of the over, brush them generously with the sugar glaze before transferring to a rack to cool.

Try not to eat them all.
Posted by The Pantry and Parlour at 18:23 1 comment: